This was a big deal five years ago in 2013, but now we have smart phones that are cheap and powerful computers with a host of applications.

CompuLab, an Israeli maker of embedded computing products, has announced a tiny, bare-bones computer called the Utilite that will sell for $99 and up.It’s just 5.3 inches by 3.9 inches by 0.8 inches, which means it is just slightly larger than a pack of 100 index cards. Yet inside it has a powerful Freescale i.MX6 system-on-a-chip, with an ARM Cortex A9 processor at its heart, with one, two, or four cores. The device will have up to 4GB of RAM and can contain a hard drive with up to 512GB plus a microSD card with up to 128GB of storage.Now the “up to” phrasing: That comes from the company’s spec sheet, which is vague on what the minimums will be, or what the device will cost at various configurations. All we know is that the undefined minimum configuration will cost about $100. It will run Linux or Android.What’s not so vague: CompuLab has packed a lot of I/O capabilities into a tiny, elegant-looking box, including two Gigabit Ethernet ports, Bluetooth 3.0, Wi-Fi b/g/n, four USB 2.0 ports, stereo line-in and line-out, and HDMI and DVI-D ports for your display. Its draws just 3 watts to 8 watts of power. In short, this is pretty much everything you’d need in a desktop computer in a space about one third the size of its keyboard.For the promised price, however, you could buy four Raspberry Pi computers — but remember that the Raspberry Pi is very bare-bones and doesn’t even include a case, so with the Utilite you’re paying for the packaging.Still, it looks like this could be an economical and convenient way to stick a computer anywhere you might need one: under your dashboard, in your backpack, next to your TV, or in a kitchen cabinet.

via New computer is the size of a pack of index cards, costs $100 | VentureBeat. 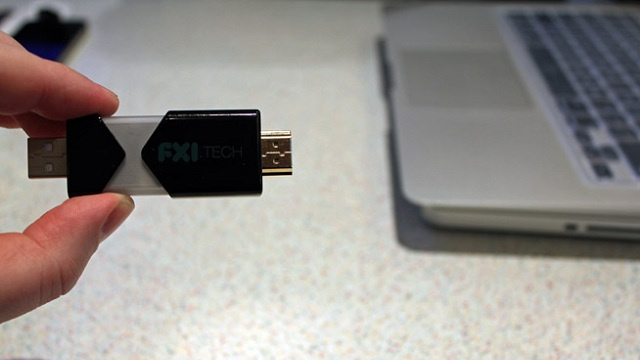 Why mess around with a tiny touchscreen interface when you can run your android OS from your big screen TV–or really any screen for that matter? This prototype dongle, codenamed Cotton Candy, is designed by Norwegian company FXI Technologies. It’s about the size of a normal USB stick, 8cm x 2.5cm and 21 grams, but packs both USB 2.0 and HDMI-out plugs. It’s powered by a dual-core 1.2-GHz Samsung Exynos ARM CPU–the same one that powers the Galaxy S II–and employs a microSD card slot for data storage. It also includes 802.11n Wi-Fi and Bluetooth connectivity. Cotton Candy currently uses the Android 2.3 OS but can also support Ubuntu as well as a virtualization client for Windows, Linux, Mac. The device is designed to work on anything with a screen and USB port–TVs, laptops, smart phones, anything. You can hook it up to a HDTV and stream 1080p videos from the net. When you hook it up to a computer, either Windows or Mac, it will run android applications in a secure window–essentially creating a dumb terminal. While the final price and release date haven’t yet been set, FXI estimates the device will cost under $200 when it does go on sale. [FXI Tech via Laptop Magazine]

The Cotton Candy is a very small, fanless single-board computer on a stick, putting the full functions of a personal computer on a device the size of a USB memory stick, manufactured by the Norwegian-based hardware and software for-profit startup company FXI Technologies (also referred to as just “FXI Tech“).

The company and this particular USB Stick Computer seems to no longer exist in 2018. 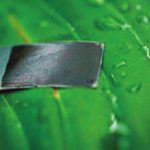