A puppy with cyclopia was born in Chachoengsao, central Thailand, on Sunday, 02/02/2020. Despite only having one eye, “Kevin,” as the newborn dog has been named, appears otherwise healthy. Owner Somjai Phummaman, 45, and his family are bottle feeding the puppy.

Cyclopia occurs in many different species. It happens, according to Wikipedia, to roughly one in every 16,000 animals born. The birth defect results from failure of something called the embryonic prosencephalon or forebrain area to divide the orbits of the eye into two cavities.

In addition to genetic defects, certain toxins can misdirect the process of embryonic forebrain division.

For example, a highly teratogenic alkaloid toxin can cause cyclopia. The toxin, cyclopamine  (or 2-deoxyjervine,) is found in the plant Veratrum californicum more commonly known as corn lily or false hellebore.

Grazing animals such as goats and pigs are most likely to ingest this plant and to induce cyclopia in offspring.

Another recent example of this type of birth defect resulted in what we called a “wookie goat” in India. 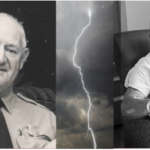 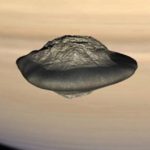