Who would win in a fight, big bad Thanos vs Obadiah Stane? If you know anything about the Marvel universe, this is a funny question because it’s not even a contest. Some think, however, because they look similar, that they may have been played by the same actor.  Well, both villains are bald, but do you think they look very similar? Some do.

I recently saw the infinity wars movie (enjoyed it!) but couldn’t help wondering through the whole movie if the actor who played Thanos (2019) was the same as the one who played Obadiah Stane, a previous Iron Man (2008) villain. It was not. Obadiah was played by actor Jeff Bridges and Thanos by actor Josh Brolin. Here are the two together.

Thanos was at times an oddly likable villain. While malevolently misguided, he believes he is on a mission to improve the universe. His method is the problem, of course, as it involves a lot of killing, at one point instantly and randomly killing off one half of all sentient beings alive everywhere so the other half have sufficient resources to live in paradise.

Obadiah had, by comparison to Thanos, a barely perceptible death toll. He was a much more shady villain, killing basically for greed and to feed his own lust for power.

The underlying message of Infinity War is subtle, realistic and valuable at a philosophical level. It is applicable to everyone: In your daily battles, do your means justify your intended ends? Is it better to do nothing, to let injustices be, or to try to improve things in a bumbling or even a destructive way?

This movie, Avengers Infinity War (trailer), which made $1 billion in a record 11 days, is, under all the flashy computer graphics and the crazy zoo of superheroes, a beautiful diagram of the great universal moral compass and the engine of all conflict.

This page was updated and improved on Jan 27, 2020.
–
https://TrueStrangeNews.com 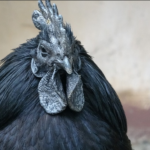