At least 100 stars that were visible in past photos, including one taken in the year 1950, are now missing. Extraterrestrials building structures around these stars to harness more energy is one possible explanation being considered by scientists. Yes, it could be aliens.

On March 16, 1950, astronomers at the US Naval Observatory pointed a telescope roughly in the direction of the constellation Lupus the wolf and took a picture. When scientists look at that same patch of sky today, something is missing, and it could be evidence of something else lurking out there. … “Unless a star directly collapses into a black hole, there is no known physical process by which it could physically vanish,” explains a new study published in the Astronomical Journal and led by Beatriz Villarroel of Stockholm University and Spain’s Instituto de Astrofísica de Canarias. “The implications of finding such objects extend from traditional astrophysics fields to the more exotic searches for evidence of technologically advanced civilizations.”

It may turn out that we live in a universe where entire stars do just vanish when the quantum dice add up right, or this may be evidence that the simulation occasionally takes shortcuts to save data. It will be interesting to watch. 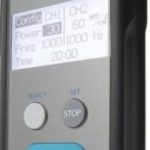 Why is this galaxy a rectangle?