In Perth, Scotland lives a nurse, Joy Milne, with an amazing power: She can detect diseases with her very keen sense of smell. She detected an odor change in her husband, who was a doctor, a decade before he was diagnosed with Parkinson’s disease. To test if this ability was real, they found a Parkinson’s researcher who devised an experiment. He had patients and controls without the disease wear t-shirts he gave them, then they were numbered and randomized and with her sense of smell Joy made only one mistake on the devised test.

This mistake was that she was adamant that one of the non-positive controls had the disease, but he did not. Eight months later, however, he was diagnosed with Parkinson’s disease, so Joy was right. She had detected the disease before there were any symptoms.

Researchers from Manchester, Edinburgh, and London are looking into changes in the skin of people with early Parkinson’s that could produce an odor similar to the one detected by Milne. This research could lead to a simple swab test that can accurately diagnose the disease in its early stages. (MedDaily)

Further tests with other doctors have shown that she can identify several other kinds of illnesses including tuberculosis, Alzheimer’s disease, cancer and diabetes.

While we would not want to put her or anyone else at risk by having them sniff people possibly infected with SARS-CoV-2 virus, but could there be a detectable odor signature of infected individuals that could be used by an AI powered robotic nose to diagnose the disease on the spot? 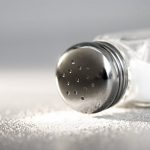 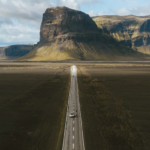 Radio Stations from Around the World, Loud and Clear