We humans do not have a recognized declaration of the goals of our species. Think about that. There is no set of human precepts we can read, nothing we can point to in reference to our collective ultimate purpose. We are an aimless species. We seem to exist, on the whole, for no other reason than to exist.

Acceptance of top level species goals is not easy to achieve. Various human groups and cultures with long histories of stubbornness and division need to be moved through the denial phase on verified existential threats. Given the examples set by the United States an other large nations in developing Constitutions, however, species-wide goals in the face of great diversity are not impossible.

One of the great advances given to us by our genetic heritage is our human ability to plan ahead, to visualize the future. This is not a gift to ignore. Consider a few currently proposed human species goals from a search on the topic. While “ending hunger,” “ending poverty” and “promoting gender equality” are admirable goals, none of these will help when the sun swells and cooks the earth. Sorry.

Not that we should ignore individual well being, we should not, these things should be addressed at individual cultural levels where they present. In terms of species goals, however, we must prioritize based on verifiable existential threats. If no more humans exist all human quality of life issues become irrelevant.

If a convincing case is made that ending world hunger and poverty, and for example, that increasing world health and productivity will be needed to create a work force necessary for big species survival projects, then yes, at such a time these should become part of our species sub-goals.

Even having an explicitly stated and generally agreed upon single goal that the goal of humanity is, as a whole, to survive would be useful. The next step after that would be to carefully consider existential threats, rank them in terms of priority and get to working doing what can be done to mitigate those looming risks.

Species Goals: To Survive, What Else?

Do we need more? This is a tall order as it is, especially when one considers the unlikelyhood of the conditions needed for life to exist and all of the species which are already extinct. The goal of simple survival likely will be extended to incorporate our species proclivities and ethics. For example, instead of simply “to survive” a sample human species goal might be:

To further, to the end of the universe, our collective existence while supporting individuals who are experiencing consciousness to be in healthy, happy and fulfilling lives.

A Path: the Map of Human Problems

I, Xeno, have been here thinking for hundreds of years about there being a Map of Human Problems. It is what our collective cultures have all needed to get on the same page. We have had the technology. We’ve only needed to use the Internet in a new way. A Map of Human Problems, a world wide dashboard, could show everything needed to accomplish our species wide goals (as yet undisclosed) as well as all current obstacles to each. The Map of Human Problems could show where we are making progress day to day, where we are stuck, and where there is hope, but the need for further work/testing. It could be decentralized to allow input, new ideas, education, honest debate and even voting on resource allocation for the most promising.

Standing in the way of this crowd sourced vision of human progress in all areas, is human nature. Not only the surprisingly powerful and deeply entrenched profit systems which have developed starting in our petroleum economy phase of history, but just the still average selfish motives of the still average unwashed and uneducated masses.

Therefore, given the reality of the situation, accepting realities of power and self-interest, it became clear that most people needed to be tricked into acting in our long term species best interest. Sorry. This is what is going on now, in the year 2222. The Preposterous Architects of Infinity, a group of intellectuals and shadowy insiders from the year 2022, made and began to implement a flexible 200-year plan, an extension of other world-wide control agendas already in place at that time.

Your personal successes and life improvements are part of these bigger goals. You do not need to understand this or even to be aware of this situation. If you have found this information you are one of the few who have already “clued in” to the fact that something bigger is going on. You have suspected that there has been orchestration going on from above, control for a purpose from beyond.

Continue with your personal successes, but when presented with any little choice where one option contributes to a sub-goal on the Map of Human Problems, choose that option. You will profit. You will earn undisclosed credits in the world wide Hidden Credit System. It is true. You will be secretly rewarded.

Despite being strange, this is a real article written by a real English speaking human being. This article was not promulgated by an artificial intelligence. Okay, an AI did do the images of human cities on Mars. 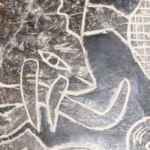 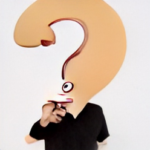