A weird thing once happened in Ingham, Far North Queensland, Australia. Hundreds of thousands of “flying foxes,” also known as fruit bats, swarmed the town center in the mid-morning and flew around in what one resident described as “a bat tornado.”

“It’s like a bat tornado over the town,” Ingham resident Adam Kaurila told A Current Affair.

The bats have been around for years, but the population has soared and they are becoming a big problem. Although they represent a potential health risk the bats are protected under Queensland law, which means the local council has limited options in dealing with them.  (Newsweek) Meanwhile the town’s Botanical Gardens have been completely overrun with the swarms. Some trees in the area are so full of bats that they’re buckling under the weight. (News.com.au) A Current Affair showed a downed tree, reportedly the victim of too many bats causing it to fall over.

It seems hard to believe. How much could a fruit bat weigh?

Some of them only weigh an ounce or two and others weigh in at a couple of pounds. The overall wing length of the Fruit Bat can be more than five feet. These bats have large eyes and they also have excellent vision. (Source)

Five feet of wings!? These bats are bigger than we thought. Yes, it does seem possible. Five hundred bats at two pounds each could probably pull a tree down, with a thousand pounds of bat weight. 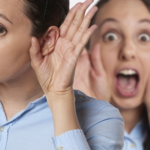 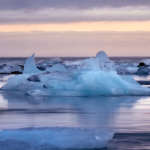