Around 100 have been found. What are these mysterious Roman objects? Here are thirty-three theories, in no particular order. Do you have one not listed here?

One of the main problems with this theory is that there were easier and cheaper ways to make gloves. 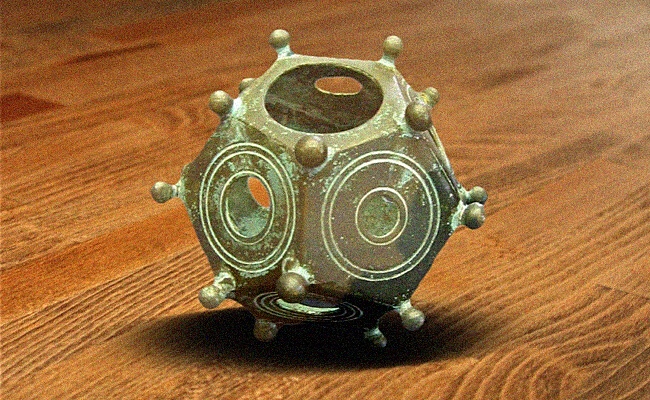 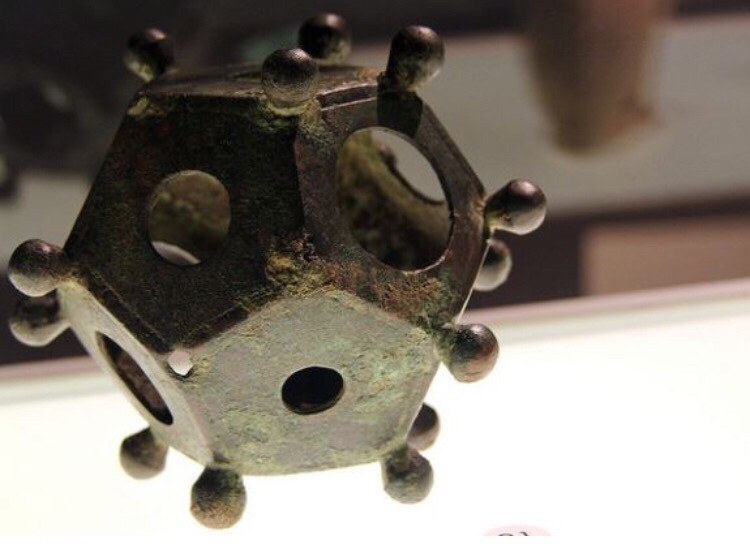 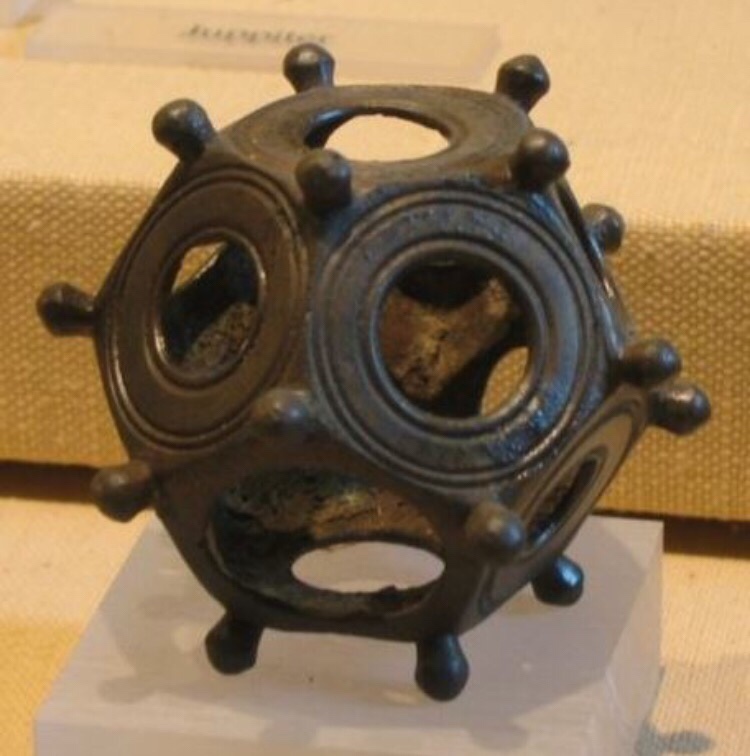 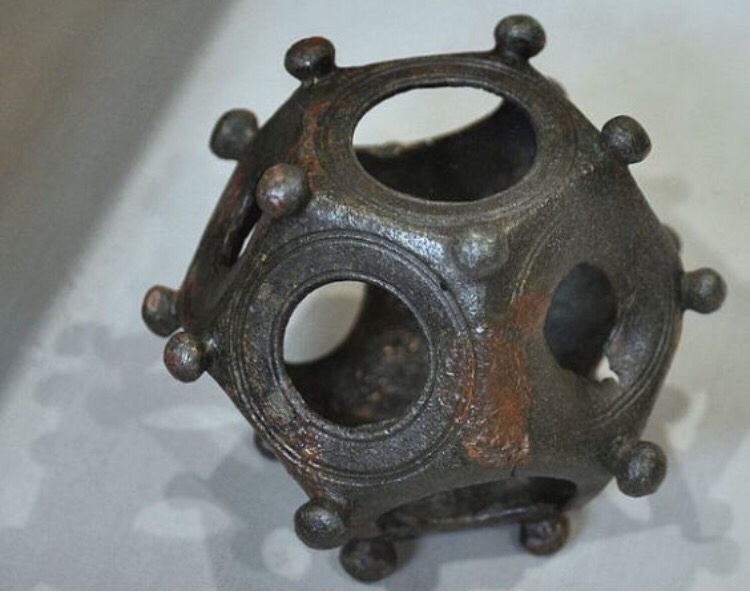 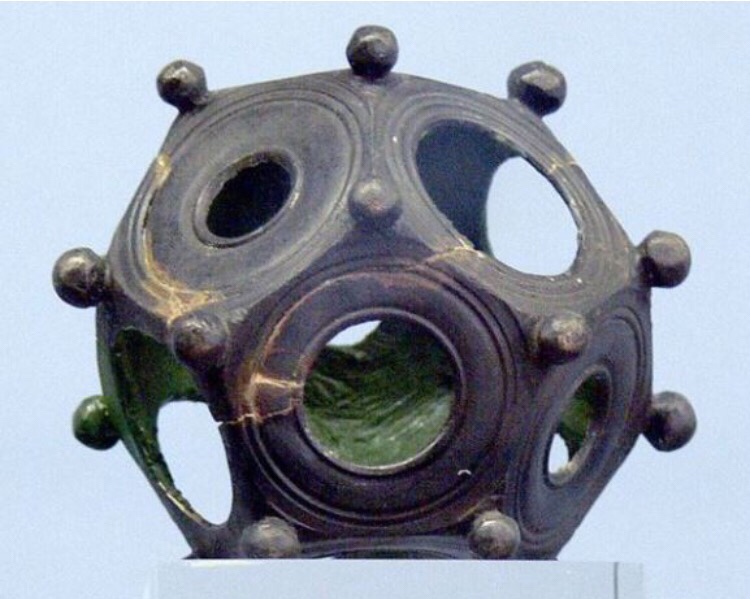 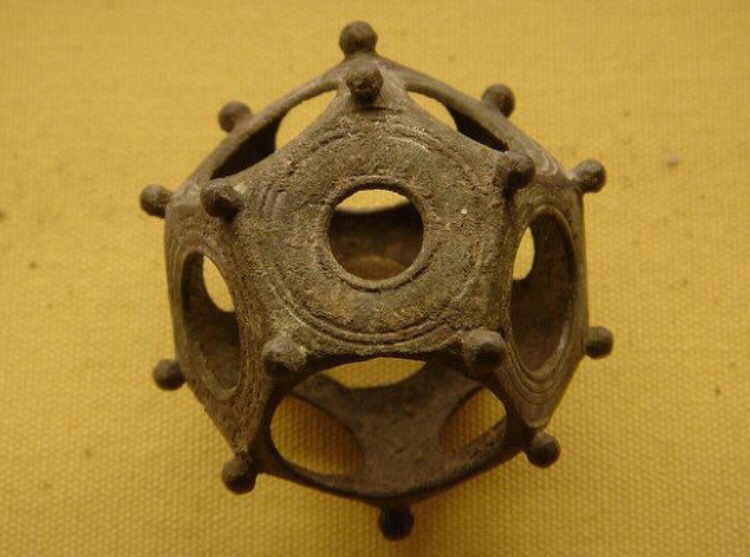 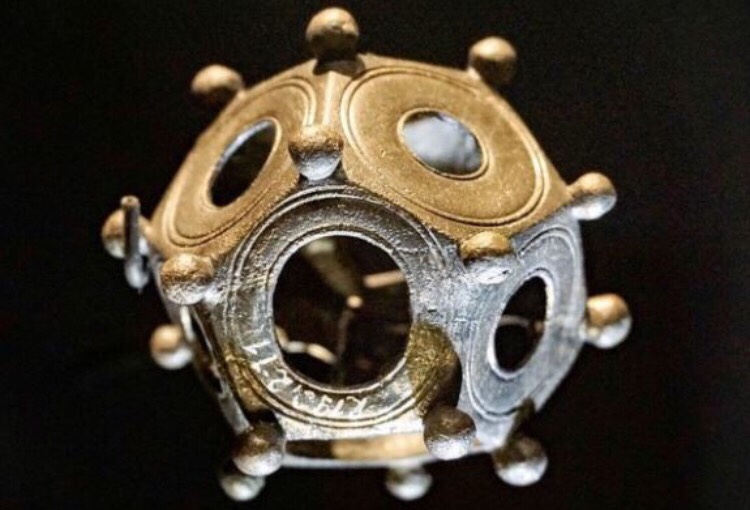 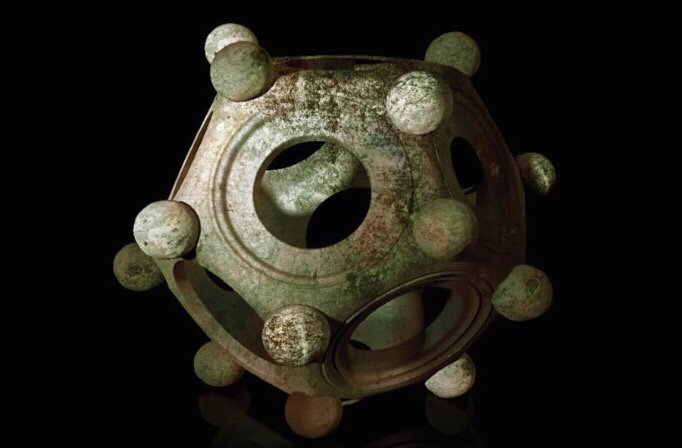 About a hundred of these dodecahedra have been found from Wales to Hungary and Spain and to the east of Italy, with most found in Germany and France. Ranging from 4 to 11 centimetres (1.6 to 4.3 in) in size, they also vary in terms of textures. Most are made of bronze but some are made of stone.
Use as a measuring instrument of any kind seems improbable since the dodacahedrons were not standardised and come in many sizes and arrangements of their openings.
… Smaller dodecahedra with the same features (holes and knobs) and made from gold have been found in South-East Asia. They have been used for decorative purposes and the earliest items appear to be from the Roman epoch.
Via Wikipedia

Where they are found, the archaeological context, may be a clue. Thirteen were found near military sites.

The sites are very diverse. 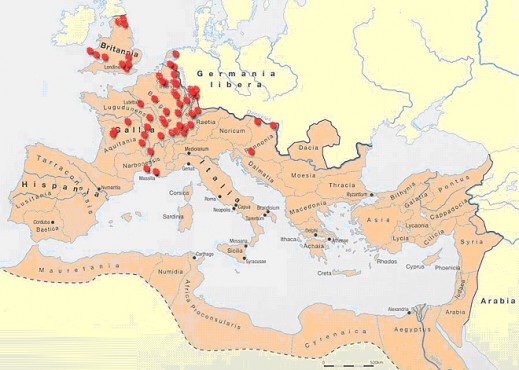 Dodecahedrons are amongst others found in military camps (13), graves (3), near a sanctuary (1), in treasures (2) and as a river discovery (3).
Via RomanDodecahedrons

As astronomical measuring devices, they may have been used like this:

Interestingly enough, dodecahedra have been around since before Roman times and the Romans could have learned of these from the Etruscans; Etruscan dodecahedron from Monte Loffa: 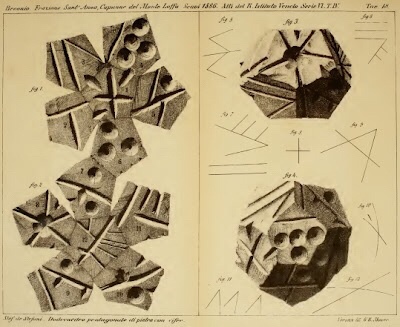 There is another similar object without all of the usual holes:

Do you have a theory not listed here?
–
https://TrueStrangeNews.com 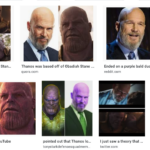 Fascinating. Given the many military locations it would be logical to assume some at least had a military purpose.

If used in combat those balls would have been the first thing to break.
Roman military men often took local wives and raised their families at or near the camps. Romans lived in Britain for 200 years. The state of preservation of the devices implies domestic use and care. Also on the map they only appear in northern climates though the Roman military world extended around the Mediterranean and beyond. They are perfectly designed for knitting different sized tubes for gloves and small socks, items too small to easily knit with needles.
I wish these photographs had a ruler or coin to give us a better sense of their size.
Fascinating article, thanks.

I’ve read that some of these have been found along with coins.
Could they have been used to check the sizes of coins? Or to check whether they had not been clipped.
Might a variety of measurements be needed to cover other currencies in different countries?
The “feet” would hold them steady with different openings at the top as appropriate?

Has anyone tried rolling them?
Find the consistency of it landing on a particular side.
If there is even enough chance to land on a certain side or a scale order to the likely hood of landing on sides then it would probably be safe to say it was a gambling tool, probably one of greater value than other means.

Has anyone tried rolling them?
Find the consistency of it landing on a particular side.
If there is even enough chance to land on a certain side or a scale order to the likely hood of landing on sides then it would probably be safe to say it was a gambling tool, probably one of greater value than other means.

They are used for laying out or determining angles for building or land survey.

I’ve enjoyed puzzling over these for a few months. After a lot of research I’ve found this aspect the most important:

They’re made of bronze, but found in coin hoards. That’s where people stashed money, silver spoons, and jewelry. Bronze was typically used for utilitarian things, not valuables. It would be like a present-day person putting something made of steel into a safety deposit box. Sure, it could still be valuable, but it’s unlikely to be something like a fishing weight or measuring tool.

So, while pondering a theory, I always ask, “Why would someone hide that with a bunch of coins?”

Multi tool. If some were found with coin hoards it might be an item to gauge coins. To ensure some of the coins still had enough roundness to it’s emperor. Then some might have used the holes to gauge someone’s finger to then to make a ring. Some might have played a high, low gambling game with it. Bigger the hole greater the reward. Others might have used it for knitting

used to hold tent poles togeather in corners .. knobs to tie rope or to fasten holes in tent fabric